Timeline for Obtaining Construction Permit for High Rises from CDA

Despite the realisation of the need for high-rises, the sludge (the friction or the steps involved) gaining) gaining the construction permit for high-rises from Capital Development Authority (CDA)  is tiring and time-consuming that a developer avoids investing in high-rises. Graana.com from the Pakistan Institute of Development Economics (PIDE) findings Pakistan Institute of Development Economics (PIDE) sheds light upon the time duration for gaining the permit. 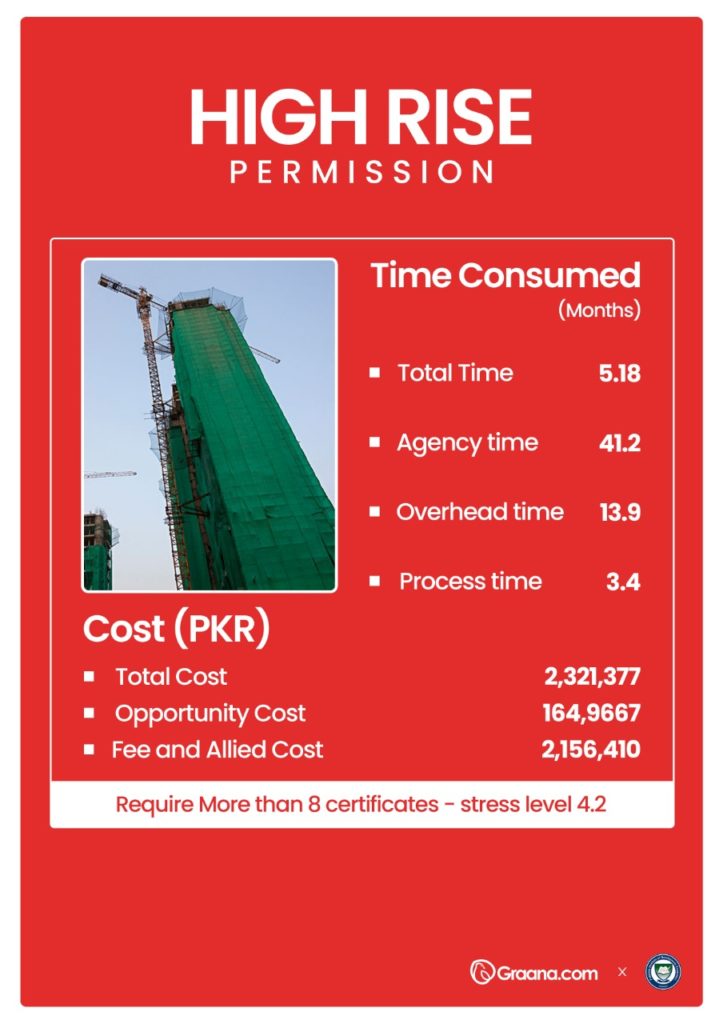 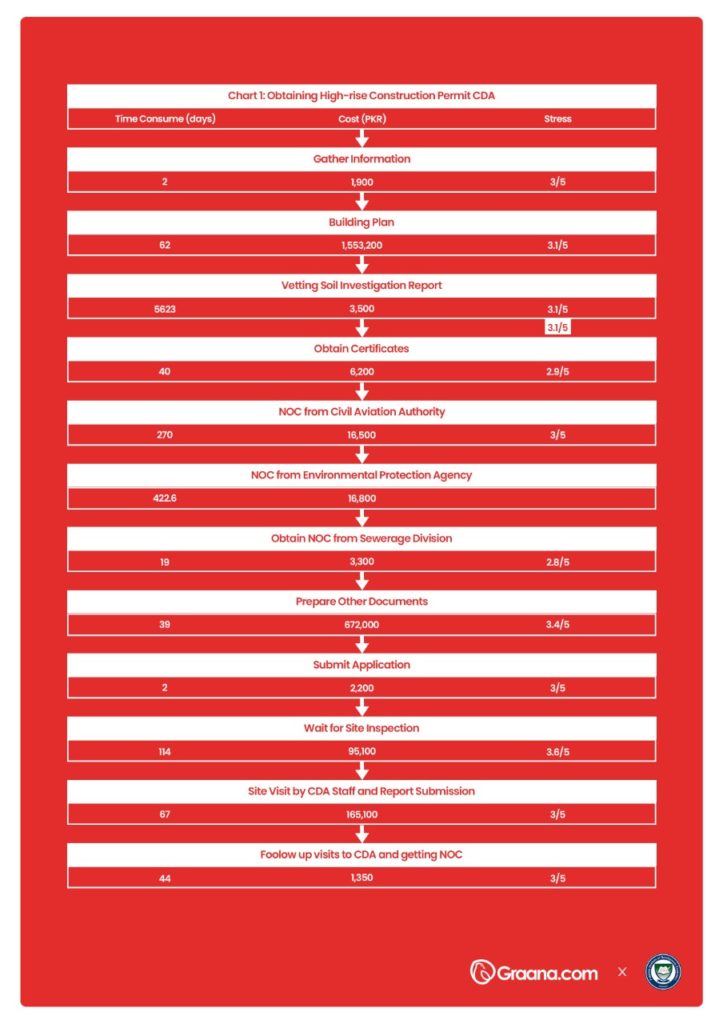 What can be improved

CAA and its Procedures

As mentioned earlier, the Civil Aviation Authority (CAA) can already specify the height limits in the various zones or areas in collaboration with the various civic authorities of the cities. In this manner, the developer can cut the overhead time, which can help to serve the cause, and a close liaison can be established between the two. For example, 270 days are consumed in gaining approvals from the CAA, and the stress level for this procedure is 3 out of 5.

Similarly, the Environmental Protection Agency (EPA)can also remove various frictions from its procedures and convey its requirements to CDA. Again, a recommendation of stationing a representative of EPA in the CDA also came under consideration since most of the friction occurs and the time is consumed in the to and fro movement from one department to another. For instance, it took 422.6 days to obtain No Objection Certificates (NOC) from the EPA. The cost incurred during the whole process came out to be Rs16,800.

Similarly, an important aspect missing from this whole picture is that the digitisation of various procedures is missing from the systems. For instance, Applications for NOCs can be made available online, and the option of digital payments can be made online. Often the departments are involved in the duplicative paperwork, which unnecessarily increases the time for getting approvals which can easily be eradicated by bringing in the technology.