Mughal architecture is a distinctive architecture style that originated in north and central India during the Mughal era. It is a unique amalgamation of Indian, Turkish and Persian architecture. Different rulers had ordered the construction of a number of forts, mosques, palaces, tombs, public buildings, mausoleums, gardens etc. throughout the subcontinent, some of which still stand today.

Mughal architecture reached the pinnacle of its glory during the reign of the fifth Mughal emperor, Shah Jahan – hence called the ‘golden age’ – when it was especially developed and refined. That period was characterised by symmetrical and balanced structures, meticulous attention to detail and strong character of the infrastructure. One such example is the Shalimar Gardens located in Lahore – fittingly called the ‘City of Gardens’ – that has also been added to the UNESCO World Heritage list. It was frequented by several Islamic mystics, poets and artists in the past, and continues to attract many local visitors and tourists today.

Graana.com has highlighted a few things that you should know before planning a visit.

How to Get There 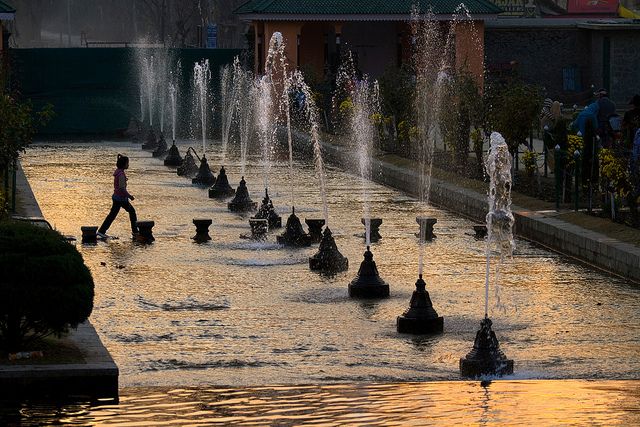 The Shalimar Gardens are situated in the historical peninsula of Lahore, on the east side of the Walled City. It is located on the Grand Trunk Road, also a short distance from another architectural triumph: the Shahi Qila (Lahore Fort). 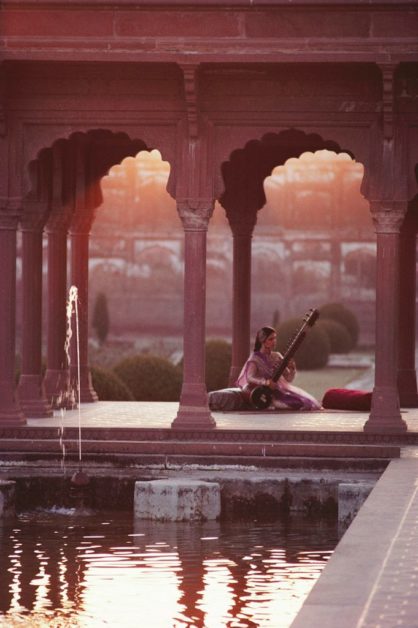 It is said that a flood had occurred in Lahore sometime between 1620 and 1620, which uncovered a piece of land on the edge of River Ravi. The stable water supply with the naturally tiered terrain and high-quality, fertile soil made it an ideal site for the construction of the garden.

The land was owned by an Arain family of Baghbanpura, a prominent and aristocratic family of that time. They were awarded the royal title of ‘Mian’ because of their services and contribution during the Mughal sovereignty. Royal engineers went on to exert pressure on the family for this piece of land, and Mian Muhammad Yusuf (the head of the family) eventually donated it for the construction of Shalimar Gardens. However, Shah Jahan returned the favour by making them the custodians. It remained under the family’s governance for almost 350 years, until General Ayub Khan made it public property in 1962.

Planning began in 1641 and the garden complex was completed within a year. The project was carried out under the supervision of Khalilullah Khan, a nobleman in Shah Jahan’s court. It was an attempt at recreating a garden of Paradise (hence, the name ‘the lost paradise’).

It was originally inspired by the Shalimar Gardens in Kashmir, which had been built on the orders of his father Emperor Jahangir in 1620. Shah Jahan desired a similar garden that was to be used exclusively by his family and court men for leisure (which explains the high boundary walls surrounding it). Elephant fights were one popular activity that often took place in the garden.

After the collapse of the Mughal empire, the Shalimar Gardens were damaged to a large extent; the marble was stripped and the gates were stolen and sold. In 1806, it was repaired by the king of that time. Since then, extensive restorations have been carried out to preserve this lush, exquisite garden.

The garden spans across an area of nearly 80 acres, with dimensions of 658 metres by 258 metres. The rectilinear design is a seamless blend of Persian influence and conventional Islamic architecture. There were originally seven terraces that descended from the south to the north of the garden, but only three remain now. Each is elevated almost 15 feet above the other, and are separated by formally planted flowerbeds, trees of various types (cypress, poplar, gokcha, mango, plum etc.), and elaborate waterworks.

The highest terrace is called Farah Baksh (Bestower of Pleasure). It is partly concealed from view; it is believed that it was primarily used by the monarchical women because of its privacy.

The middle terrace, called Faiz Baksh (Bestower of Goodness), was engaged by the emperor himself.

The lowest terrace, called Hayat Baksh (Bestower of Life), was the only one which had a public entrance. It was open to the court’s noblemen and permitted limited access to the public at times. The rising hierarchy of the terraces is significant in symbolising the respective social classes present in the court.

Red masonry walls enclose the terraced garden, with their intricate fretwork widely appreciated by art historians as a true expression of Mughal art.

A canal named Shah Nahar (Royal Canal) was brought in from Rajpur for the purpose of the garden’s irrigation. It weaves through the whole garden and discharges into a large marble basin located in the middle terrace, which in turn provides water for 410 fountains (105 in the upper terrace; 152 in the mid-level terrace; and 153 in the lower level terrace). The layout was plotted in such a manner that the water cools down as it cascades down the three terraces into wide marble pools.

The garden is also sprawling with small building structures that served multiple uses to the royal families. Two of the most popular halls are the Aiwan and Diwan-e-Khas-o-Aam. The former was a multi-purpose grand hall that was usually frequented by Mughal rulers. The latter, on the other hand, was used to entertain both local and foreign visitors. A few summer pavilions are also scattered all across the garden to provide refuge from the summer heat.

Other buildings that still exist today are:

Shalimar Gardens, more commonly known as Shalimar Bagh, is one of the few places in Pakistan that is largely how it was left since the Mughal era. It has become a symbol in the nation’s tapestry of history and heritage. The striking features, fiesta of colour, reflecting pools and pavilions all showcase the grand ambitions of Mughal architecture.