The prolonged Elon Musk-Twitter tussle has finally reached its culmination; in a staggering deal of $43 billion, he has now been named the new owner of the social megaphone of Twitter Inc. to unlock its “extraordinary potential”. This occurred recently after the widespread speculation on Elon Musk’s real estate portfolio being cleared of its last standing property.

The amassed fortune of Elon Musk (net worth of $279 billion) stemmed from his roles as the CEO and Co-Founder of electric vehicle company Tesla, and the CEO and lead designer of the aerospace firm SpaceX. He has a reputation for always refraining from smooth and orderly processes — the mammoth personality has left a trail of disruptive technologies as well as a slew of controversies in the past two decades.

He has always been regarded as a controversial figure in the media, with his future plans to colonise Mars along with his resolute belief that AI has the potential to turn humans into its pets. His eccentricity is further reinforced by the fact that the world’s richest man currently does not even possess a home of his own.

In May 2020, the viral Elon Musk tweet declared that he is vowing to sell “almost all physical possessions” — which included his entire real estate portfolio worth $100 million. Since then, he has either been alternating between his friend’s spare rooms or a small rental property in Boca Chica, Texas. The latter is near his aerospace company’s headquarters and is believed to be worth around $50,000 — a drastic downgrade from his former multimillion-dollar homes.

The following table summarises the property worth of all the real estate holdings that were in Elon Musk’s name. 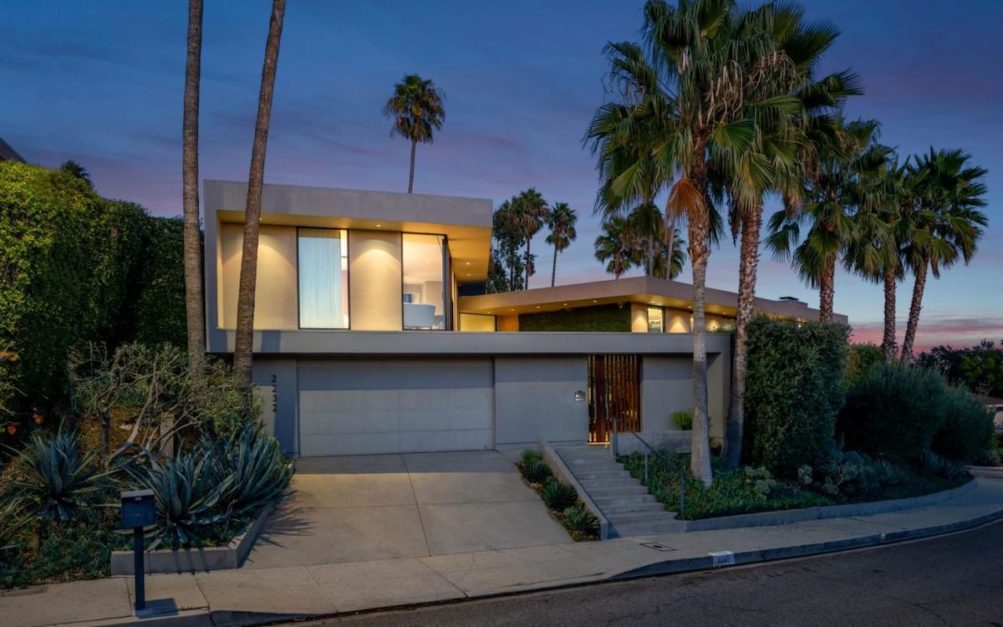 Elon Musk had rented out a colonial-style mansion for two years (where he lived with his sons) until buying it in late 2012 for $17 million. This space of 20,248 square feet had a total of 7 bedrooms and 13 bathrooms. It also included 5 garages, a two-storey library, backyard pool, tennis court, gym, spa, guest quarters, wine cellar (with a capacity to hold 1000 bottles), fruit orchard and a view of the exclusive Bel-Air Country Club.

He later sold it in June 2020 for $29 million to a Chinese billionaire William Ding, the founder and CEO of online gaming firm NetEase. 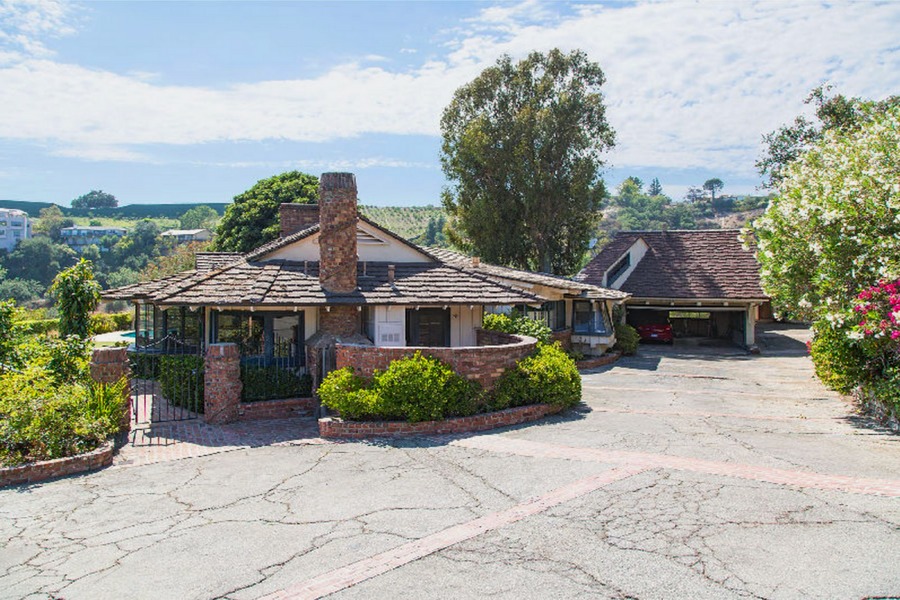 He later bought another property located on the same street in 2013, which was valued at $6.75 million. It was previously owned by the late actor Gene Wilder. This 2756-square-foot ranch-style mansion included 3 bedrooms, 3 bathrooms and a pool area. Elon Musk is reported to have hosted many lavish parties on this estate. However, it was mostly used as a private school named AdAstra for his kids as well as children of a few SpaceX and Tesla employees. This property also provided a view overlooking the Bel Air Country Club.

It was listed in the market for $6.75 million in May 2020, but on a specific condition: it would be left in its original state and would never be torn down in honour of Wilder.

It was eventually sold in October 2020 for $7 million in an off-market deal to a screenwriter and producer named Elizabeth Hunter, who also happened to be a distant relative of Wilder’s. This finally came about after 4 months of negotiations. Some news sources state that Musk might have lent the buyers $6.7 million to help pay for this place. He also bought a house in Brentwood for less than $3.7 million, where he lived with his then-wife Talulah Riley. This boomerang-shaped house was surrounded by tall hedges for security purposes, and featured floor-to-ceiling windows. Famous actors like Arnold Schwarzenegger, Harrison Ford and Gwyneth Paltrow also lived in the vicinity. Elon Musk bought another property in the city of Los Angeles in July 2015, at a cost of $4.3 million. He bought another ranch-style house in Bel Air for $20 million. 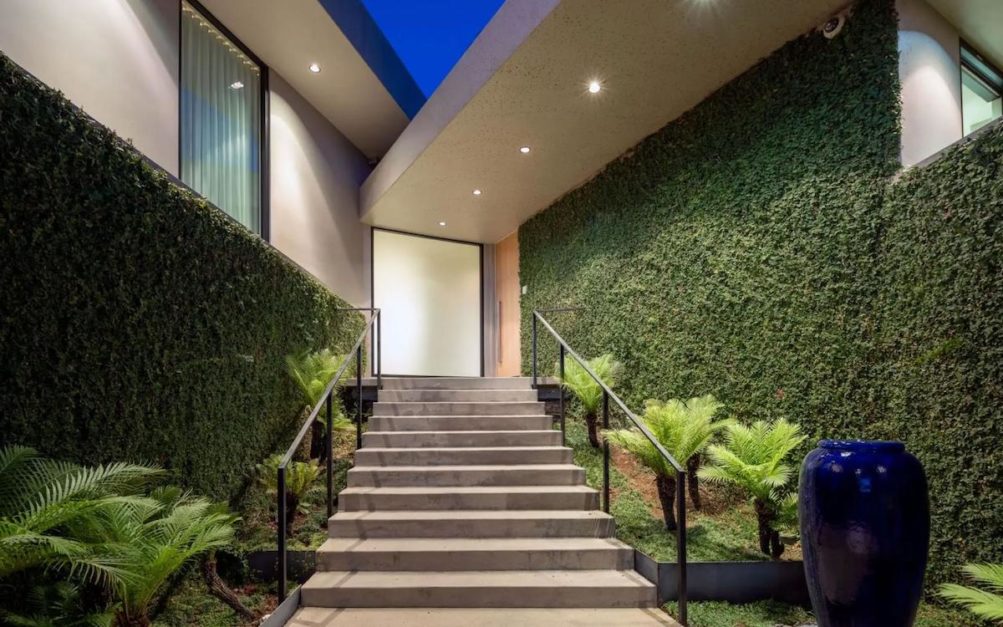 This Bel Air mansion was sold to Elon Musk at a cost of $24.25 million. It was, in fact, still under construction when he bought it. This mansion was located in the same area as his previous property bought in 2015. The design of this $4.2 million, two-storey home was inspired by the colonial architectural style, with its white brick facade.

The last four mansions were listed for a total amount of $62.5 million in May 2020 and sold six months later. They made him a profit of about $6.8 million. Interestingly, the listings described these as homes for a “big thinker”. 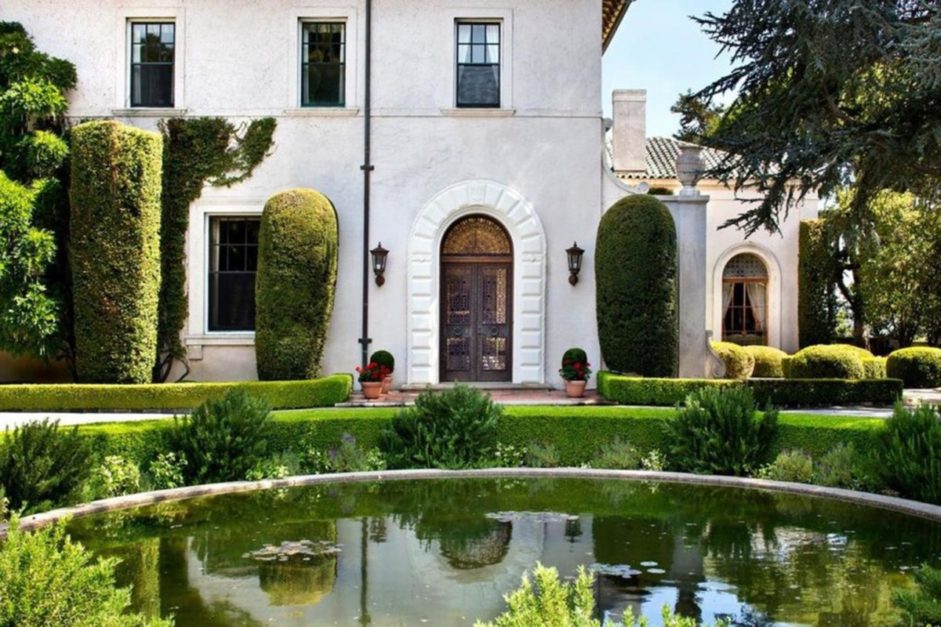 His last property was located in the suburb of Hillsborough of the San Francisco Bay Area. It was also a short distance away from Tesla’s Fremont factory. This historic, 100-year-old mansion once belonged to the French nobility, and was built in 1912. It boasted a space of 1600 square feet, and was built Mediterranean-style with its 9 bedrooms, 9 bathrooms, library, pool, servant quarters (with 6 bedrooms), ballroom, sweeping views of the bay, hiking trails and even a flower-arranging room.

Elon Musk bought it for $23.4 million in 2017, and listed it for $35 million in 2020. However, it ended up staying on the market for months, and he eventually reduced the price to $32 million in 2021. After several negotiations (and a further mark-down), the property was sold to entrepreneur Kirill Evstratov later that year for $30 million. After 2 years, he managed to successfully offload his homes, thus emptying what was once the coveted Elon Musk real estate portfolio. From sprawling mega-mansions to a foldable and prefabricated home, he claims this downsizing will now help him focus his efforts entirely on creating a more sustainable planet.