Ramadan Celebrations – All around the world

The Holy Month of Ramadan is one of the most important months of the Islamic calendar for Muslims all over the world. Muslims celebrate it with full zeal and fervor. The beauty of this holy month is that it brings with it a lot of Ramadan celebrations and traditions from all around the world.

During Ramadan, Muslim communities exercise fasting and celebrate age-old Ramadan rituals. The basic fundamentals and practices remain the same, but the traditions related to Ramadan vary slightly depending on the region and community. Some of these Ramadan customs have been passed down through the years. All the Muslims who fast begin their fast at the sunrise during the entire month of Ramadan, after eating a pre-dawn meal known as ‘Suhoor,’ and then break their fast with a sumptuous meal known as ‘Iftar,’ at sunset. Fasting hours will differ depending on where you are in the world. 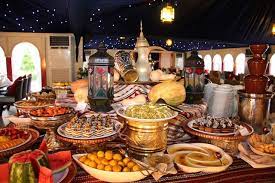 Muslims in the Northern Hemisphere will experience reduced fasting periods, which will continue to shrink until 2032. Ramadan will fall on the winter solstice, which is the shortest day of the year this year. Then, until the summer solstice, the Northern Hemisphere’s longest day of the year, fasting hours will increase. Muslims living south of the equator will be affected in the opposite way. Ramadan’s deeply ingrained customs and celebrations all around the world have become recognizable hallmarks of various Muslim communities around the world.

Do you want to know what Ramadan is like in different countries?

Graana.com brings you a list of some of the most fascinating Ramadan celebrations all around the world. 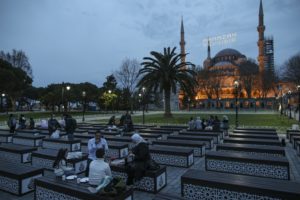 Turkish drummers, dressed in traditional clothing and with a Davul (double-sided drum) strapped to their bodies, pound the streets of Turkey, waking people up for suhoor. They go around the neighborhood singing and drumming, rousing folks awake for a little fee (bahsis).

Drummers wear traditional Ottoman garb and rely on the goodwill of locals to give them gratuities (bahşiş) or even welcome them in to share their suhoor feast as they go around with drums. This bahşiş is frequently collected twice during the holy month. Givers believe that they will be rewarded for their generosity with good fortune. This Ramadan ritual in Turkey stands out for its generosity and celebration of the Ramadan spirit among other Ramadan celebrations all around the world. 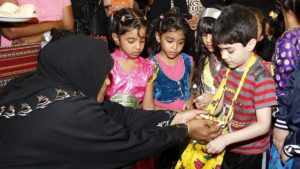 The launching of the Ramadan Cannons is a fascinating custom in UAE. Firing takes place to mark the Suhoor and Iftaar timings. Another well-known and prominent tradition in the United Arab Emirates is Haq Al Laila. On the eve of the 15th Sha’ban, the Islamic month preceding Ramadan, this celebration of the coming of the holy month of Ramadan begins. The main goal of Haq Al Laila is to raise awareness about the importance of Ramadan among the general public and youth.

Haq Al Laila has become one of the most religious Ramadan rituals in the UAE throughout the years. The kids in the neighborhood dress up and parade through the streets. They perform songs, gather sweets, and chant beautiful phrases saying  “donate to us and Allah will bless you and assist you in visiting Mecca.”. UAE carries out a lot of activities and traditions as compared to Ramadan celebrations all around the world. 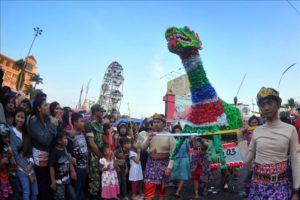 Ramadan celebrations in Indonesia include parades of people carrying torches of various colors, as well as activities like cleaning up relatives’ graves. Padusan is a purifying ritual for Indonesian Muslims. Muslims in Indonesia bathe and cleanse themselves in natural waters near their homes before the start of Ramadan. It is a deeply ingrained cultural tradition that is conducted for the cleansing of the soul and body in preparation for fasting and prayer, among other Ramadan traditions in Indonesia.

Padusan is an example of Indonesia’s blending of religion and culture. In Javanese tradition, springs have deep spiritual importance and are an important element of the holy month’s purification. Local elders and religious officials used to select and assign sacred waters for padusan many years ago. Many people nowadays simply go to neighboring lakes and swimming pools to purify themselves, or they purify themselves in their own houses. 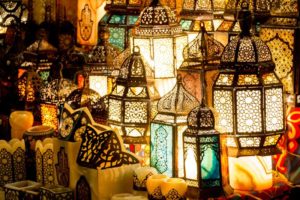 Egyptians greet Ramadan by decorating their streets and houses with colorful famous, elaborate lanterns. The lanterns represent togetherness and happiness during the holy month. This custom is more cultural than religious but it has become strongly associated with the holy month of Ramadan. It has gained spiritual importance over time. The fanous are now frequently incorporated into other local customs for decoration purposes in Ramadan.

During the holy month,  school children roam the streets with lanterns in hand, chanting happily and seeking presents and candies. This is one of the most colorful and vibrant customs of all the Ramadan celebrations all around the world. 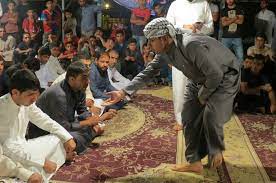 The game of Mheibes is the most well-known of all Ramadan rituals in Iraq. After breaking the fast, generations of Iraqis gather for a traditional game of mheibes. Mostly men play this game. It has two groups of 40 to 250 participants taking turns to conceal a ring. This interesting deception game is simple but entertaining. It has been passed down through Iraqi families for decades. This is one of the most fun-filled traditions out of all Ramadan celebrations around the world.

The basic spirit and essence of Ramadan remain the same throughout the world. The month is extremely important for followers of the Islamic faith. They strive to get the most out of it.

The post Ramadan Celebrations – All around the world appeared first on Graana.com Blog.

DHA Lahore: An Epitome of Facilities and Quality Living

How to Apply for NADRA Family Registration Certificate (FRC)