Pakistan is home to a plethora of wonderful tourist attractions, the majority of which are yet to be discovered. Many of the world’s most famous travellers have visited Pakistan in recent years, praising its incredible natural beauty as well as the hospitality of the local people. Our vibrant culture is based on a mix of different communities, ethnicities, and linguistic diversity, which is truly inspiring. According to Ethnologue, a comprehensive catalogue of all the known languages in the world, approximately 73 languages are spoken across the country, including some of the internationally recognised endangered languages.

Graana.com, Pakistan’s first online real estate marketplace, takes a look at some of the prominent native languages of Pakistan. 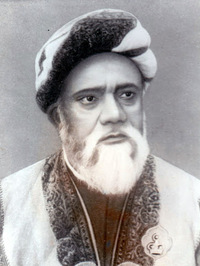 Urdu is one of the oldest and most popular members of the Indo-European family of languages. It is spoken as a first language by approximately 70 million people and as a second language by over 100 million people worldwide, mostly in Pakistan and India.

The Urdu language has a history that dates back to the 12th century AD. This mixed speech – formed as a result of the intermingling of people speaking different languages such as Turkish, Persian, and Arabic with a prominent local influence – was given various names in its early days such as Zaban-e-Hind, Hindi, Zaban-e-Delhi, Hindvi, Rekhta, Dakkhani, Gujari, Zaban-e-Urdu-e-Mualla, Zaban-e-Urdu, or simply Urdu.

It is the national language of Pakistan, and is spoken and understood in countries like India, Iran, Afghanistan and other neighbouring countries, while English remains the state’s official language. Urdu literature flourished centuries ago and, by the nineteenth century, socialist nationalist and pan-Islamic sentiments were influencing Urdu poetry, and writers and poets from Punjab, as well as the areas of Delhi and Lucknow, began to contribute. Some prominent writers in Urdu literature are Nazir Ahmad Dehlvi, Muhammad Hussain Azad, and Mirza Hadi Ruswa.

Punjabi, the Language of Five Rivers

Punjabi, also known as Panjabi, is one of the most widely spoken Indo-Aryan languages in the world today. It is spoken by approximately 70 million people in Pakistan, the majority of whom live in the Punjab province. The status of Punjab’s official language, however, is reserved for Urdu.

Punjabi is a multi-dialect language spoken in both India and Pakistan. The dialects of the language, written in Gurmukhi and Shahmukhi scripts, don’t differ much and sound quite similar. Majhi, Doabi, Pwadhi, and Malawi are Punjabi dialects spoken in India. However, the most common dialects in Pakistan are Pothohari, Hindko, Majhi, and Multani. Majhi is the most important dialect of Punjabi in the country because it is used as the standard for writing in Punjabi.

Punjabi is second to none when it comes to literature as numerous scholars over the ages have written poetry, pros, and stories in this language. Some of these are Khwaja Ghulam Fareed, and Baba Bulleh Shah.

Pashto, also known as Pukhto, is an important member of the southeastern Iranian branch of Indo-Iranian languages, spoken primarily in Afghanistan, Iran, and Pakistan. It is divided into three regional varieties: Northern, Southern, and Central Pashto. Speakers of the Northern and Southern variants are mostly found in Pakistan. Central Pashto, on the other hand, is mostly spoken in Iran and Afghanistan. Pashto speakers are mostly found in Khyber Pakhtunkhwa and the upper parts of Balochistan in Pakistan.

It also has a long literary history, and notable writers in Pashto literature are Hamza Shinwari, Pareshan Khattak, and Khan Abdul Ghani Khan among many others.

Sindhi is one of Pakistan’s most widely spoken languages, with scripts based on Arabic and Devanagari. It was formed as a result of the fusion of various regional languages spoken in different regions of South Asia. It is also an ancient Indo-Aryan language spoken by millions in Pakistan and India. Vicholi, Lasi, Siroli Lari, Thari or Thareli, Kathiawari Kachhi, Macharia, Dukslinu, and Muslim Sindhi are some of the major dialects of the language.

Saraiki is yet another commonly spoken member of the Indo-Aryan language family. It is the first language of approximately 17 million people in Pakistan, primarily in the provinces of Sindh and Punjab. It is also a minor language in India, with the majority of its speakers residing in the state of Punjab. Saraiki is known by a variety of names, including Seraiki, Siraiki, Multani, Lahndi, and Western Punjabi. It is frequently regarded as a Punjabi dialect. It is written in Pakistan using the Perso-Arabic script, whereas it is written in India using the Gurmukhi and Devanagari alphabets.

Hindko is another ancient language spoken in Pakistan that is part of the Indo-Aryan language family. It is spoken by the Hindkowan people, who live primarily in Pakistan’s northwestern regions. According to linguists, the language’s name is a combination of two words: “hind” means Sindh and “ko” means language. According to historical records, when invaders from Afghanistan arrived in this area, they started calling the local language Hindko. Historical records suggest that, at the time of the invasion, the language was spoken in Peshawar and Uttar Pradesh.

The language has been a subject of debate, as some regard it as a dialect of Sindhi, while others regard it as one of the lesser-known dialects of Punjabi.

Languages of the Mountains

Beside the languages mentioned above, the mountains in the North of Pakistan are home to countless others and are under the threat of extinction as only small groups or isolated communities speak these languages. Some of these languages are: