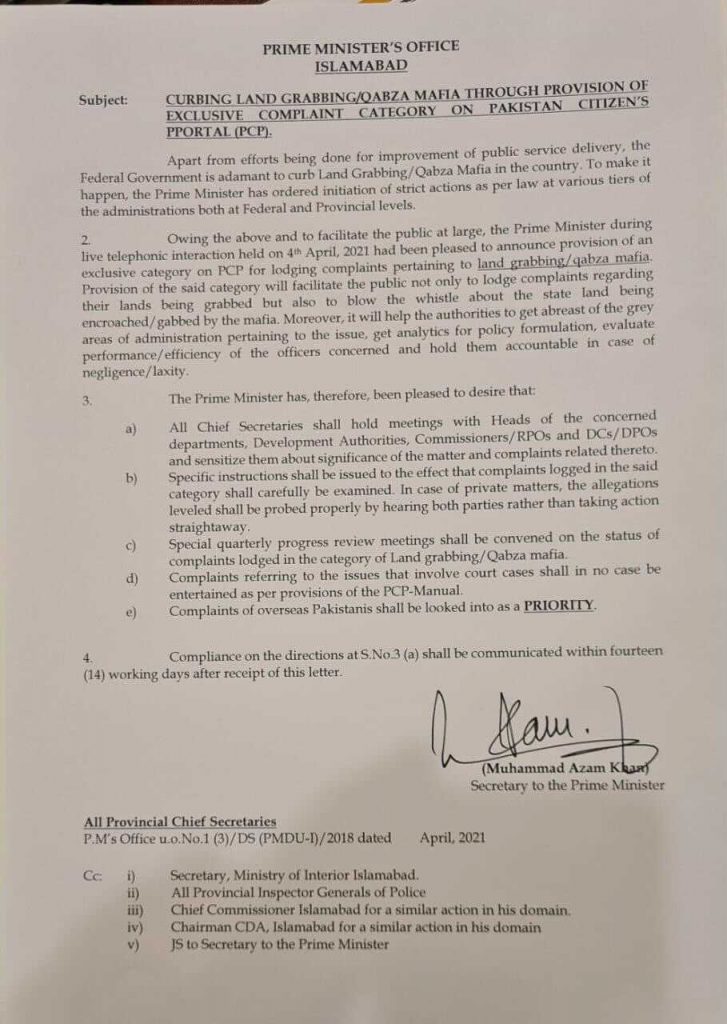 Prime Minister Imran Khan has also ordered strict actions as per law at various tiers of the administrations both federal and provincial levels.

The launch of the exclusive category is directed to facilitate the public by not only lodging complaints regarding their lands being grabbed but also to blow the whistle about the state land being encroached upon/grabbed by the mafia, the notification further read.

In addition, all chief secretaries have also been directed to hold meetings with heads of the concerned departments, development authorities, Commissioners/RPOs, and DCs/DPOs in order to convey the significance of the matter and complaints related thereto.

The complaints registered by the overseas Pakistanis are to be dealt with as a priority.

All complaints registered through the portal are to be examined carefully. In the case of private matters, the allegations levelled shall be probed properly by hearing both parties rather than taking action straight away.

Relevant authorities have also been conveyed to convene special quarterly progress meetings to review meetings the status of complaints lodged in the category on the matter.