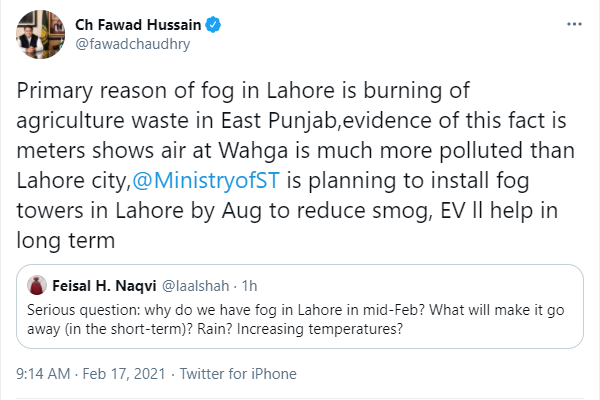 The minister took the microblogging site to answer a question posed regarding the subject.

The burning of agricultural waste across the Wagha Border, East Punjab was cited as the main reason for the air pollution witnessed in the provincial capital and nearby areas.

Apart from this, the use of electric vehicles can further help avert this alarming environmental issue, he further added.