Pakistan is a country rich in natural beauty and scenic views. From lush green plains to vast mountain ranges to majestic deserts, Pakistan has it all.

The Karan Desert is a vast desert situated in the Balochistan province in south-western Pakistan. This sandy and mountainous region also served as a site of Pakistan’s second nuclear test, Chagai-II, which was carried out on 30 May 1998.

The region has a dry climate. The inhabitants of the region are usually into agriculture and farming. The terrain is mainly dry, gray-brown sand that stretches out.

Interestingly, history suggests that Alexander the Great also crossed the Kharan Desert. He entered the region through the historic Khyber Pass after defeating king Porus, in the fourth century BC.

Although the Balochistan region is characterized by harsh and dry climatic conditions, the Kharan desert can be separated from the rest of the arid landscape due to its sandy nature and even terrain, ranging from 1000 m in the north-east to 500 m in the west.

The desert is situated in the Kharan District, covering an area of around 20,000 sq km with a population of only 0.23 million. In the north, east, and west it is surrounded by beautiful hills, up to 3000 meters, while on the west it extends into Iranian territories. 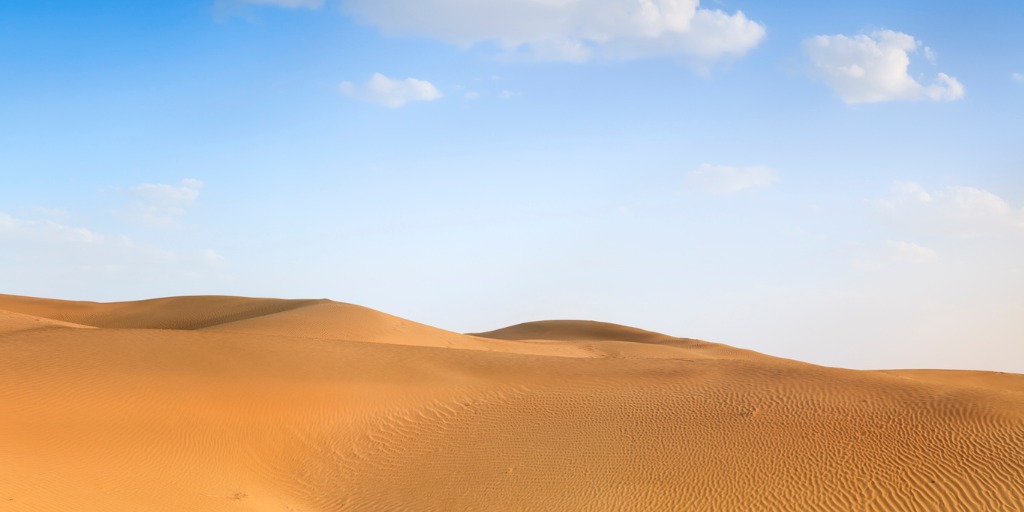 More than 60% of the desert lies in the Indian state of Rajasthan, and it extends into the states of Gujarat, Punjab, and Haryana, and the Pakistani province of Sindh. Within Pakistan’s Punjab province, the Thar continues as the Cholistan Desert.

Saltwater lakes within the Thar Desert include the Sambhar, Kuchaman, Didwana, Pachpadra, and Phalodi in Rajasthan and Kharaghoda in Gujarat. Some dams in Pakistan are the perfect vacation spot, provides you swimming spot, beautiful scenic views, and fishing.

There are some protected areas in the Thar Desert as well which act as a sanctuary for much-endangered flora and fauna of the region.

These protected areas included are:

Some of the fauna included in the area are blackbuck (Antilope cervicapra), chinkara (Gazella bennettii), and Indian wild ass (Equus hemionus khur) in the Rann of Kutch.

The Thar Desert speaks highly of diversity as well. People belonging to different religions live in this region. The major occupations adopted by the inhabitants of the region include agriculture, mushroom farming, and livestock.

The region is also getting famous because of its recreational activities. Desert festivals are being organized in the region regularly. One of the most famous desert festivals is organized by the locals during the winter. The local people wear vibrant clothes, dance, and sing haunting ballads of valor, romance, and tragedy.

The festival also showcases snake charmers, puppeteers, acrobats, and folk performers. The star of the festival is none other than the famous camels of the Thar desert. During the evenings, there is music, dance, and a spread of local dishes.

Evenings are meant for the main shows of music and dance. Continuing till late into the night, the number of spectators swells up each night and the grand finale, on the night of a full moon, takes place by dunes. 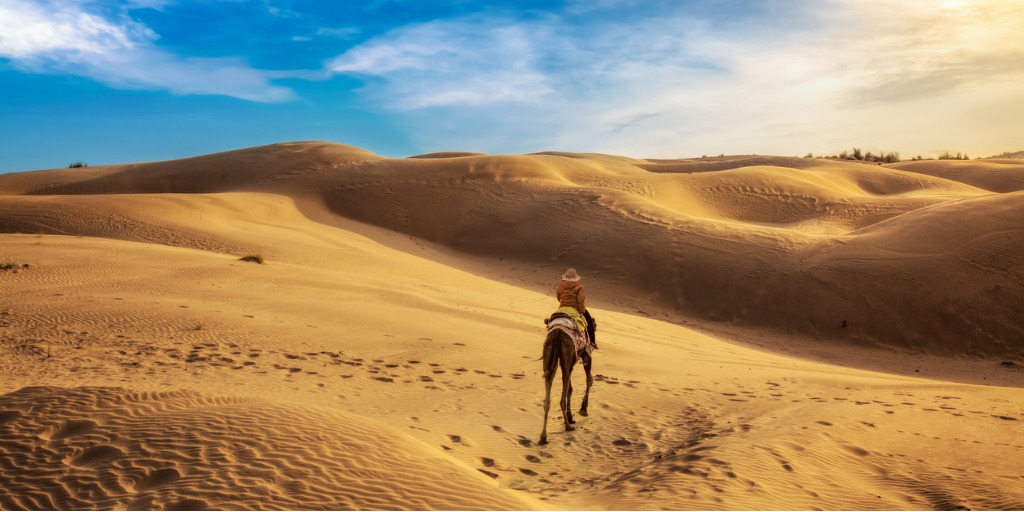 The third major desert in Pakistan is the Thal Desert. It is situated in Punjab, Pakistan between the Jhelum and Sindh rivers near the Pothohar Plateau. The Thal Desert has an approximate area of 20000 km square. It is also the third-largest desert in Pakistan. The desert extends over a length of 305km and has a width varying from 32km to as much as 112km. Around 50-60% of the desert is covered in dunes.

The desert covers the districts of Bhakkar, Khushab, Mianwali, Layyah, Muzaffargarh as well as Jhang, from the left bank of the river Jhelum.

Vegetation in the area is not possible because of hot and dry weather. The only vegetation possible in the region includes a few species of drought-resistant grass, shrubs, and trees. The inhabitants of the desert get the water from the Thal Canal. The water is used for everyday tasks, irrigation, and feeding the cattle.

Some of the languages spoken in the area include Urdu, Saraiki, and Thalochi, a modified dialect of the Punjabi Language. 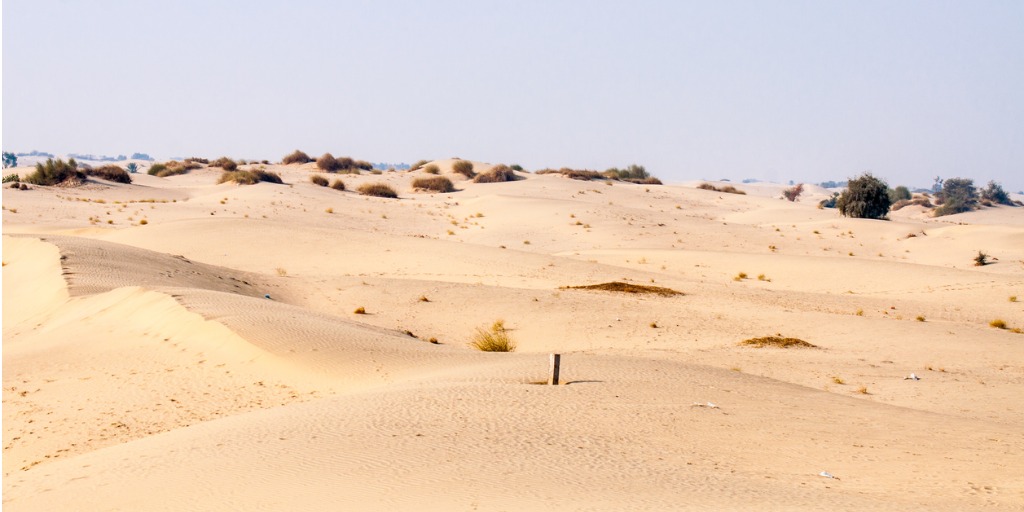 The Cholistan Desert, also known as the Rohi Desert among the locals is located in the southern region of Pakistan. The name is derived from the Turkic word chol, meaning “sands”, and istan, a Persian suffix meaning “land of”.

In ancient years, the desert was a fertile region with water coming from the Himalayan range. The area later turned into a center for caravan trade which led to the establishment of many forts, including the Derawar Fort.

Cholistan covers an area of 25,800 km2 (10,000 sq mi) in the Bahawalpur, Bahawalnagar, and Rahim Yar Khan districts of southern Punjab. The nearest major city is Bahawalpur city, 30 km (19 mi) from the edge of the desert.

The desert is about 480 kilometers in length, with a width varying between 32 and 192 kilometers. 81% of the desert is sandy, while 19% is characterized by alluvial flats and small sandy dunes.

The inhabitants of the region generate money from agriculture, livestock, cotton, wool, and textile. The desert is also famous for its local products such as jewelry, leather products, and camel products. 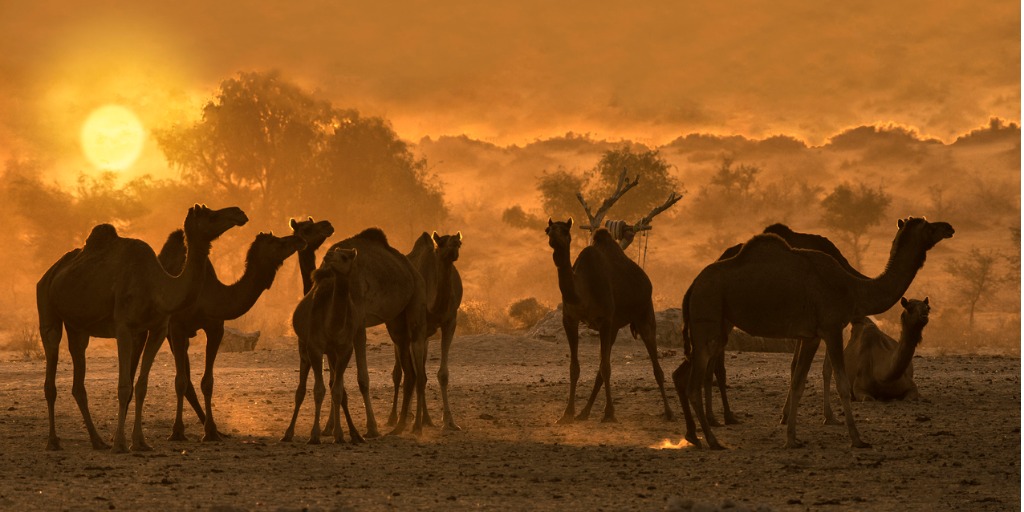 Katpana desert, also known as the Cold Desert is a high altitude desert located in Skardu, northern Gilgit-Baltistan. The desert comprises large dunes of sand and during the winters, the regions get covered in snow.

Situated at an elevation of 2,226 metres (7,303 feet) above sea level, the Katpana Desert is one of the highest deserts in the world. The largest desert area is found in Skardu and Shigar Valley which is accessible by the nearby airport.
Temperatures range from a maximum of 27 °C (81 °F) and a minimum (in October) 8 °C (46 °F), which can drop further to below −17 °C (1 °F) in December and January. The temperature occasionally drops as low as −25 °C (−13 °F). 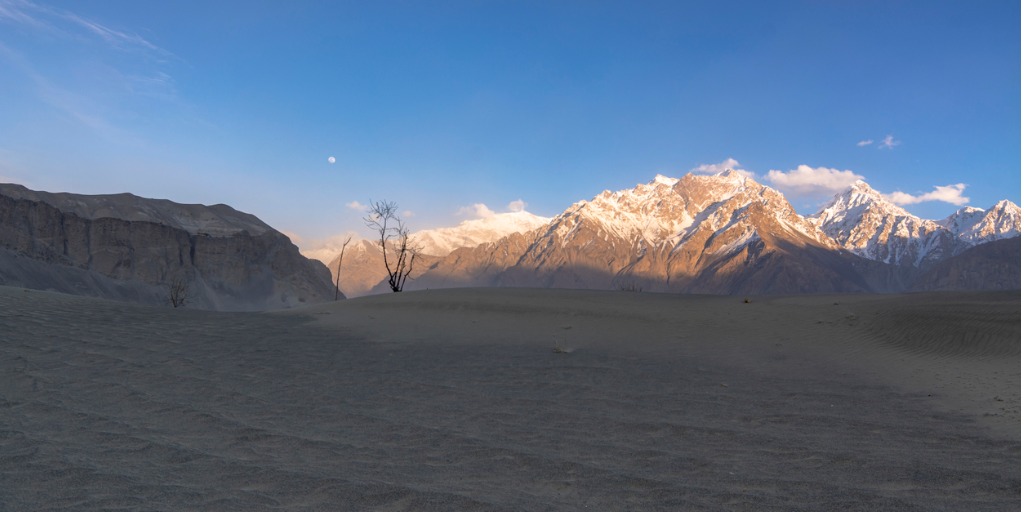 So, these were some of the interesting facts and information about the major deserts in Pakistan. Pakistan is blessed beautiful places having natural beauty and these deserts are an example of that.

If you are an adventurer or traveler who wants to explore different areas of Pakistan, you should give these deserts a visit.

If you have any queries regarding the deserts of Pakistan, leave a comment in the comment section below and we will get back to you as soon as possible.