Here’s Why Badshahi Mosque is a Wonder of Pakistan

Singing tales of the glorious Mughal era, Badshahi Mosque – a wonder of Pakistan, serves as a landmark even after 351 years.

Welcoming the general public from 8 am to 8 pm, this marvel located in the glorious ‘androon Lahore’ remains one of the top destination spots for tourists looking to experience one of the most prominent eras through architecture.

Located in the capital of Punjab, Lahore, the Badshahi Mosque has been the largest in the Islamic world, constructed in Mughals between the years 1671-1673 by the Mughal emperor Aurangzeb.

Badshahi mosque was not used for worship for a long time after its construction. It served as a training ground for the soldiers when the Sikhs took control and came into power. Soon after, in the 1840s, the Britishers gained control of the mosque after war broke out with the Sikhs – using the sacred place as a military and training ground.

After a few years, Muslims had been given control of the mosque to continue their religious practice.

Turning the page forward, here are some reasons why the Badshahi mosque is a wonder of Pakistan. 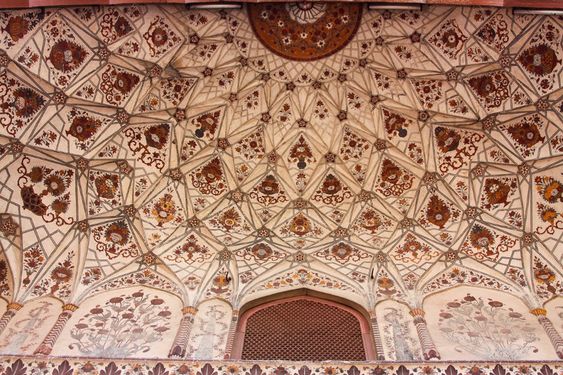 The prominent politician and foremost Muslim leader  Nawab Zain Yar Jang Bahadur was called on as the architect of the uniquely designed mosque – that topped as the largest mosque in the world for 313 years.

The mosque’s interior represents a Persian touch – translated through the intricately carved panellings that catch the visitor’s attention at the entrance.

The grand Badshahi mosque’s courtyard can accommodate up to 100,000 people. 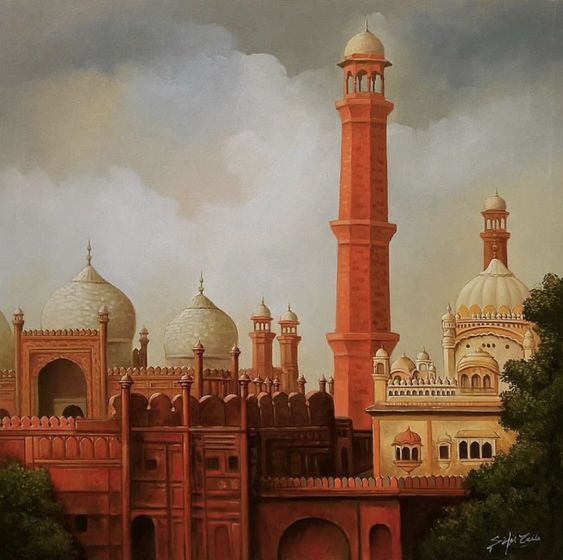 If you have ever visited Lahore, then you may have been able to spot the mosque because of the four octagonal three-storey minarets – four major and four minor, erected at the corners of the mosque.

Each minaret has a height of 176 feet and 4 inches and has been crowned with a marble canopy at the top.

Museum of the Mosque

Holding several wonders to itself, the Badshahi Mosque also houses a museum, which makes not only significant for tourists visiting the grandeur architecture, and also culturally and religiously important for the people of Pakistan. The museum located at the mosque entrance is known to preserve the hair strands of Prophet Muhammad (PBUH) and His son-in-law Hazrat Ali (RA). 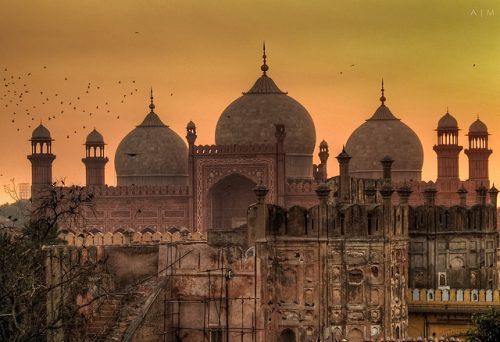 The mosque’s main hall serving as the central prayer hall has been embellished with red sandstone, differentiating the prayer hall from the rest.

Another thing that ignites the charm of this hall is the ‘Mughal Floral Frescoes’, which are embellished in the ceilings of the prayer hall. The walls of the prayer hall have been engraved with different verses of the Quran. The hall is divided into seven parts using multi-foiled arches and heavy pillars. The architect of the building was designed to show the boldness and majesty of the founder, Emperor Aurangzeb. 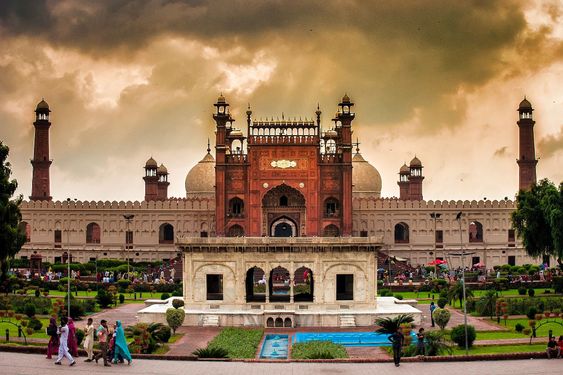 Located in the historical city – Lahore, the prominent Badshahi mosque promises an amazing experience for the tourists. It has been a place to worship and one of the biggest tourist attractions. The charm of this mosque has attracted many politicians and celebrities, including Diana, Princess of Wales and the Duke and Duchess of Cambridge, Prince William and Kate Middleton, on their tours to Pakistan.

How Ineffective City Plans can Cause Problems for Future Generations