The quality of the environment is a foundation for any country’s long-term development. The country’s economy is improving with the passage of time, but environmental issues in Pakistan must be addressed. The standard of living and the quality of life still need a lot of improvement.

Water pollution, soil erosion, land degradation, water scarcity, global warming, air pollution, and natural disasters are just a few of the climatic and environmental concerns that Pakistan faces. To improve the quality of life in Pakistan, policies, and activities must ensure that the developments taking place do not jeopardize the country’s resources and environment.

Pakistan’s natural resources and ecosystems are becoming heavily polluted and stressed. The country’s most pressing environmental impacts are around the exploitation of finite natural resources, air and water pollution, depleting energy resources, deforestation, and waste management.

Agricultural and industrial drainage have fouled water supplies. Manufacturing and car emissions have impaired air quality in metropolitan areas, both of which are caused by continuous deforestation.

Pakistan, like other developing countries, has prioritized achieving food self-sufficiency, fulfilling energy demands, and limiting its high rate of population increase over environmental hazards. As a result, green concerns have not been a key priority for the administration. Today, environmental deterioration has become a major worldwide challenge. The human component is the leading cause of environmental deterioration, posing major implications to the sustainability of life.  As a result, there is an urgent need to pay close attention to the safety of life on this planet.

Graana.com brings a list of major environmental issues in Pakistan and suggestions on how we can combat them:

Pakistan’s increasing energy consumption needs have resulted in a greater reliance on imported fossil fuels over time. Opting to solutions such as vehicle conversion to CNG, no-lead gasoline, and ultra-low sulfur diesel have induced a positive effect but are still insufficient to avoid degradation in urban air quality due to rising vehicle numbers and hazardous emission.

The air pollution levels in Pakistan’s two main cities, Karachi and Lahore, are believed to be 20 times higher than WHO limits and are continuing to grow. 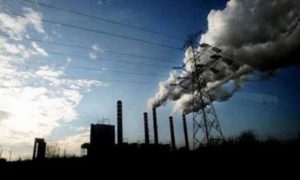 The number of automobiles on roads continues to rise, contributing to increased levels of urban air pollution. Carbon monoxide, nitrous oxides, and ozone are common gases released by cars and are hazardous to human health above specific concentrations. The capital, Islamabad, is engulfed in the heavy haze that obscures views of the Margalla Hills, which loom over the city’s tree-lined avenues.

The presence of poisonous solid and liquid particles in the air, as well as some gases that are harmful to the environment, is referred to as air pollution. The burning of fossil fuels for transportation and energy generation is the primary source of this pollution. The black smoke you see coming from cars on the road and industries in industrial zones are all major sources of air pollution in Pakistan.

Because air pollutants can traverse state and national borders, pollutants created in one country might have negative consequences for the environment of surrounding countries.

Transboundary air pollution, which is also affecting some parts of Pakistan, as seen by increased fog during the winter months, is a rising environmental issue that has to be addressed. The countries’ downwind areas are more likely to be affected than the upwind areas.

In other sections of the country, the problem has been aggravated by a lack of rainfall and low wind speed. Planting more trees is one of the most effective techniques to combat air pollution in Pakistan.

Policymakers must also take steps to minimize the number of diesel automobiles that leak too much carbon into the atmosphere to address the environmental issues in Pakistan. The high lead content of gasoline is also a serious problem that requires quick action, as inhaling vehicle smoke can lead to high levels of lead in children’s and adults’ blood. Local assembly of electric vehicles in Pakistan could play a critical role in reducing greenhouse gas emissions in our environment.

Pakistan’s renewable freshwater supplies are rapidly shrinking, putting the country on the verge of becoming a water-stressed country. In recent decades, water diversion for irrigation purposes has reduced dramatically freshwater flows in Pakistan’s rivers. Canal irrigation has resulted in salinization as a result of low efficiency, thereby reducing crop production. 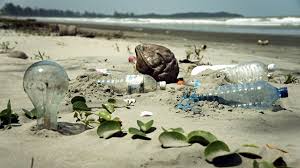 Pesticides are undermining the natural biotic equilibrium in agricultural soils and diminishing the biodiversity of invertebrate species due to massive and incorrect application. Due to an increase in livestock grazing, Pakistan’s arid and semi-arid farmlands have been significantly degraded. Depending on environmental conditions and social behaviours, future trends may differ dramatically. 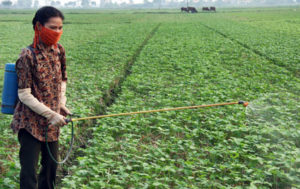 Some of the country’s richest soils and water resources are being contaminated by industrial effluents of harmful and pervasive pollutants.   Solid waste placed on low-lying terrain or burned contaminates groundwater and produces dust and carcinogenic chemicals, all of which are particularly hazardous to human health.

Some of the contaminants released end up contaminating valuable natural resources including rivers, fresh groundwater, and prime agricultural land. Heavy metals and persistent pollutants leak into groundwater sources from industrial dumping sites. Dust and carcinogenic chemicals are produced when waste is burned in open spaces at low temperatures, posing a health risk and adding to environmental issues in Pakistan. 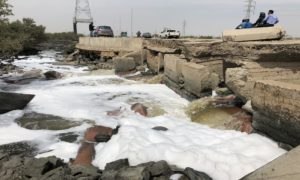 Untreated municipal sewage is also contaminating freshwater sources for downstream users. Poor sanitation facilities, as well as a limitation of sustainable access to safe drinking water, are contributing causes to the country’s high occurrence of diseases.

Along with domestic, commerce, and institutional trash, the waste paper, plastic, metal, glass, rubber, and rags are strewn on the streets. Because transportation and main collection are not adequately coordinated, waste is handled in an ineffective method. 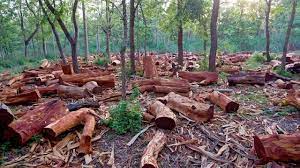 In addition, deforestation in the upper reaches of the watershed leads to heavy silt loads in Pakistan’s rivers, limiting reservoir volumes and their designed economic structure. Pakistan’s ecology has suffered for many years as a result of poor conservation of natural resources and urban migration.

Decreasing forests have a significant ecological impact, as it affects a variety of wildlife habitats. Unfortunately, as more rural areas become urban centres, Pakistan’s deforestation rate continues to rise. Continued upland vegetation deforestation indicates a higher risk of surface erosion, including landslides, and rapid silting in reservoirs. Furthermore, many people rely on tree wood to remain warm during the winter months or to build dwellings due to a lack of resources and poverty.

Pakistan is a net energy importer and lags behind other countries in the conversion of high-value raw energy into usable energy solutions. It takes about 5.0 fold as much primary energy to manufacture one unit of GDP as compared to Bangladesh, 3.4 times to Nepal, and 2.3 times to Sri Lanka. 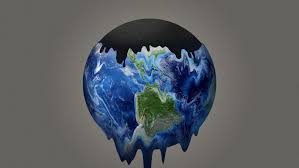 Human-caused greenhouse gas emissions are the major cause of Global warming, which leads to an increase in temperature. This results in rising sea levels, dissolving polar ice, floods, and deserts. The greenhouse effect is a natural process in which the earth absorbs part of the sun’s energy and uses it to warm itself sufficiently to support life.

Pakistan is extremely vulnerable to climate change due to its geographic location and significant reliance on agricultural and water resources. It also has a low adaptive capacity of its population and an insufficient disaster preparedness system. Global warming has a wide range of effects on Pakistan, including the decline in agricultural output, an increase in variability in water supply and coastline erosion, seawater intrusion, and an increase in the frequency of extreme climatic events.

As urbanization progresses and the population rises at a rapid rate, Pakistan will need to address its environmental issues in the twenty-first century in order to protect the country and its citizens’ health.

The country is increasing its usage of renewable energy sources to supply electricity to rural areas to improve energy efficiency. Environmental monitoring and management capacities must be strengthened through public-private partnerships. It is a demanding task to ensure environmental sustainability. However, we must take efforts to safeguard our motherland today. Interventions are needed that focus on improving energy efficiency while also taking into account the concept of energy security.

Visit Deosai National Park: Everything You Need to Know