Pakistan has a coastline of 1,046 kilometres (or 650 miles) along the Arabian Sea, which is divided into two parts: Sindh and Makran Coast. It has 7 of the commercial seaports of Pakistan, and the National Institute of Maritime Affairs (NIMA) estimated in 2018 that over 90% of the nation’s trade with the world takes place through these ports. In order to understand Pakistan’s rising exports, we must look at these seaports.

Graana.com, Pakistan’s smartest property portal, has compiled a list of some of the major commercial seaports of Pakistan below.

Karachi Port is a natural harbour that handles 60% of national shipments. It is owned by the Ministry of Maritime Affairs and operated by the Karachi Port Trust (KPT). It was built off the coast of Pakistan in 1854, but it was gradually connected with the mainland by causeways and bridges. Karachi’s proximity to the Straits of Hormuz and the Suez Canal is a major reason for its prominence.

The port handles 65.25 million tons of cargo and 1.56 million TEUs (twenty-foot equivalent units) per year. The port is designed with an 11-kilometre waterway for incoming vessels and two berthing zones, the West and East wharves. The wharves have a maximum docking vessel capacity of 75,000 DWT (deadweight tonnage) and include three liquid cargo berths, shipyards, repair sites, two dry docks, and three container terminals.

The Karachi International Container Terminal (KICT) on the West Wharf can accommodate Panamax and Post-Panamax vessels with 600 metres of berthing space. The Pakistan International Bult Terminal (PIBT) on the East wharf can handle Panamax ships with a capacity of 350,000 TEUs per year. The Al-Hamd International Container Terminal (AICT) is located close to the Layari river, and does not fall under the purview of the port. There is also space for naval and commercial shipbuilding and maintenance at the harbour. In addition, there are dry docks, construction complexes, steel handling plants, and outfitting zones.

Expansionary efforts to strengthen the port include: 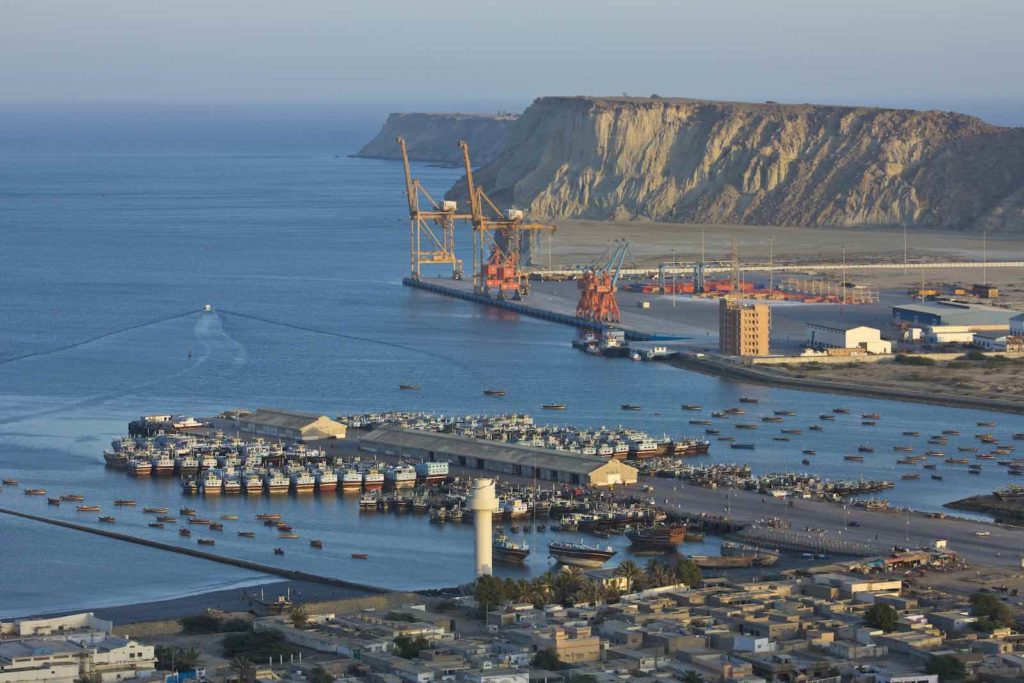 This is one of the most significant seaports of Pakistan, operated and managed by the Gwadar Port Authority and the China Overseas Port Holding Company. It is the world’s largest deep-sea port and has been active since 2016.

Gwadar is a major actor in trade transit between Pakistan and Afghanistan, as well as a centre for the projected China-Pakistan Economic Corridor (CPEC). The harbour is linked to the Maritime Silk Road and Belt and Road Initiatives. A floating liquefied natural gas facility, the Gwadar Special Economic Zone, and a dedicated facility to promote CPEC interests are all part of the port.

However, it is still undergoing expansionary activities. The expansion phases are divided into three stages, with the final two stages scheduled to be completed in 2029 and 2045 respectively. This includes a proposed freight capacity of 400 million tonnes, up from 11 million tonnes now. The following ship classes are also proposed to be supported:

The harbour will be linked to the Khunjerab Railway, allowing commuters to reach nearby industrial areas. The bilateral extension of Port Chabahar by Iran and India is expected to develop the Gwadar-Chabahar region and lead to transhipment capabilities at both ports. 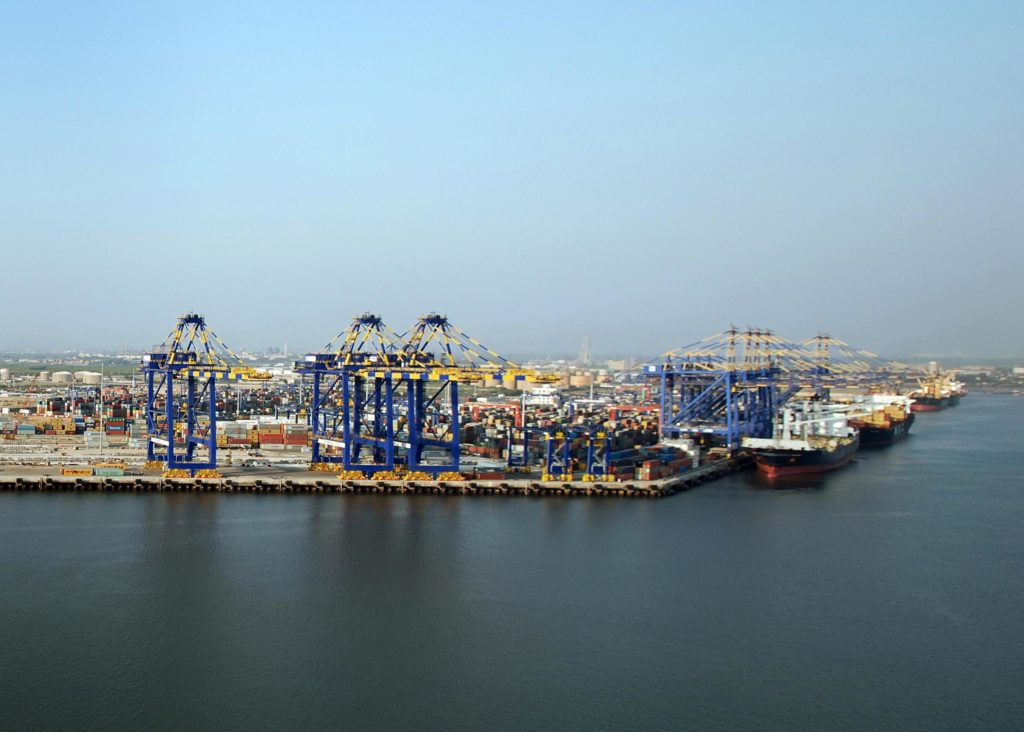 Muhammad Bin Qasim is the second largest of the seaports of Pakistan, and ranks among the top 150 ports in the world. It is built in the Sindh Province’s artificial harbour.

Owned by the Maritime Affairs Ministry, it has been operational since 1980 and covers an area of 50 square kilometres. The operating body is the Port Qasim Authority (PQA), which is run by the government.

It handles around 35% of overall maritime traffic through Pakistan, with over 1,500 port visits per year, a container volume of 700,000 TEUs, and annual cargo of 16.6 million tonnes.

Port Qasim is connected to the Korangi Industrial Area, the Landhi Export Processing Zone, and a number of automotive manufacturing firms. It is adjacent to Port Karachi and is located on the Indus River.

For administrative convenience, the harbour is divided into three major zones:

The following are the principal facilities available to berthed ships at Port Qasim: 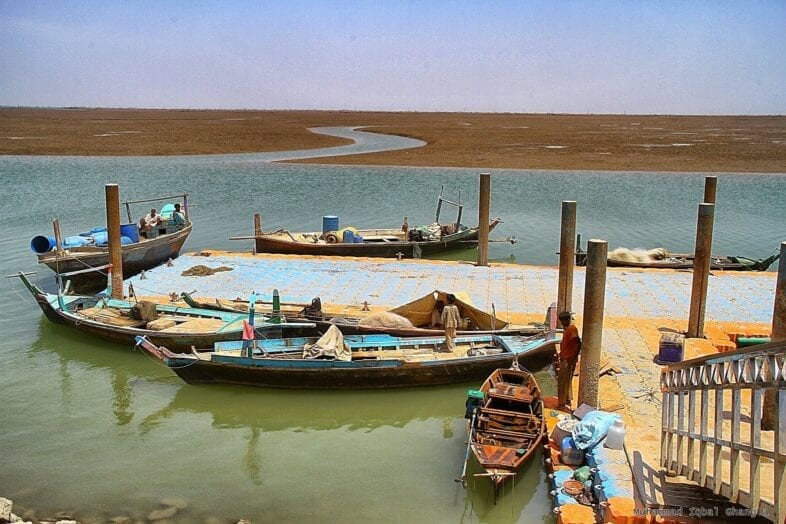 The Keti Bander/Bandar Port is one of the oldest seaports of Pakistan and a tiny harbour that helps the local economy. Keti is an expansion of the old harbour of Debal near Manora Island, located in the Thatta District.

The modern-day port is located on the Indus River and serves as a hub primarily because of its proximity to the Arabian Sea and the Hajamrao River.

Port Keti’s principal function is to serve as a fishing port for the districts of Mansura and Thatta. Fish shipments from Keti Bandar to larger ports for further repackaging and export are typical during peak seasons.

The port and its fishing activities rely nearly exclusively on the adjacent hinterlands. Catches of the day are auctioned and sold at quayside markets where Arabian Sea produce is highly valued. Karachi is the most important export destination for these fish. 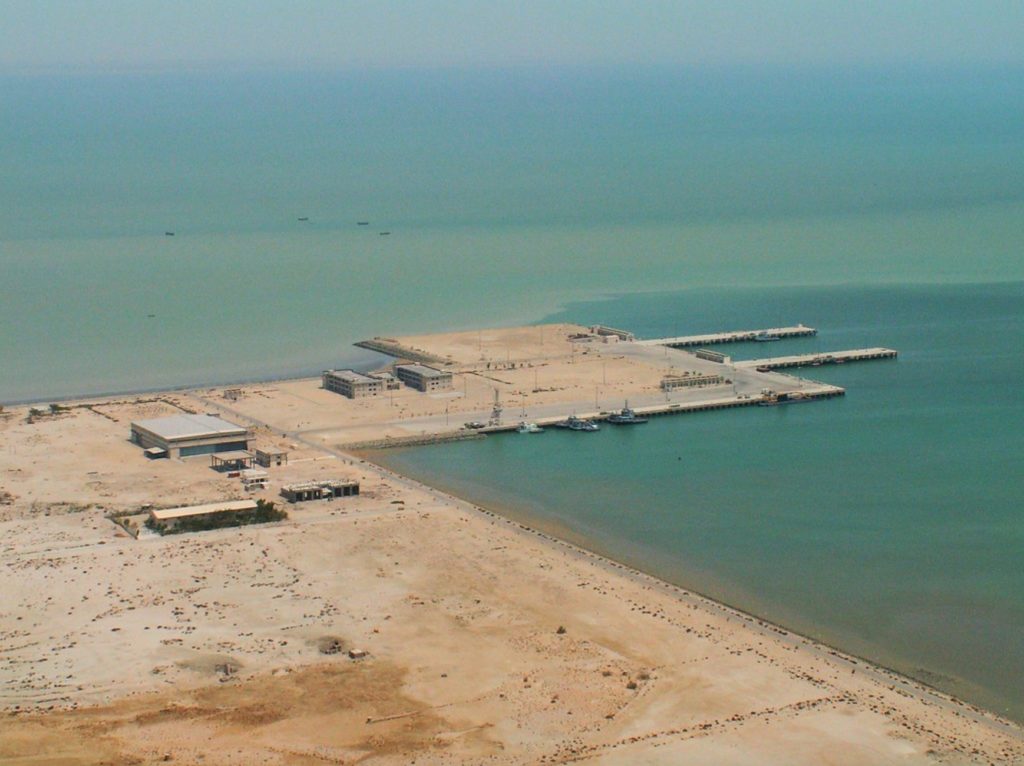 Ormara Port is an important harbour on Pakistan’s Makran Coast, located between the ports of Karachi and Gwadar. Its maritime significance can be traced back to the period 40–70 A.D. in ancient trade and maritime logbooks (the Periplus of the Erythraean Sea). It has been an important strategic position since Alexander the Great’s time, since it allows access to and control over the Indus region.

The port mostly handles fishing and ships fresh commodities to larger Pakistani ports for repackaging and later export. The Makran Coastal Highway Project runs along Pakistan’s Arabian Sea coastline, revitalising the port and bringing in much-needed services. This has connected the port to the broader national highway system, allowing products and cargo to move via Ormara.

The Jinnah Naval Base, located near Ormara, is the country’s second largest naval base that was built on behalf of the Ministry of Defence by Belgium and Turkey. It has increased economic activity in the region, with the fish port obtaining new equipment to increase the output of fresh produce for sale throughout the world.

Furthermore, because the Pakistan Navy’s important military assets (including submarines and nuclear warheads) are based in Ormara, the hinterlands have been developed to meet its requirements. The neighbouring Cadet College has aided the port’s finances. The government also intends to transform the Ormara coastline into a vibrant strategic centre by 2030. 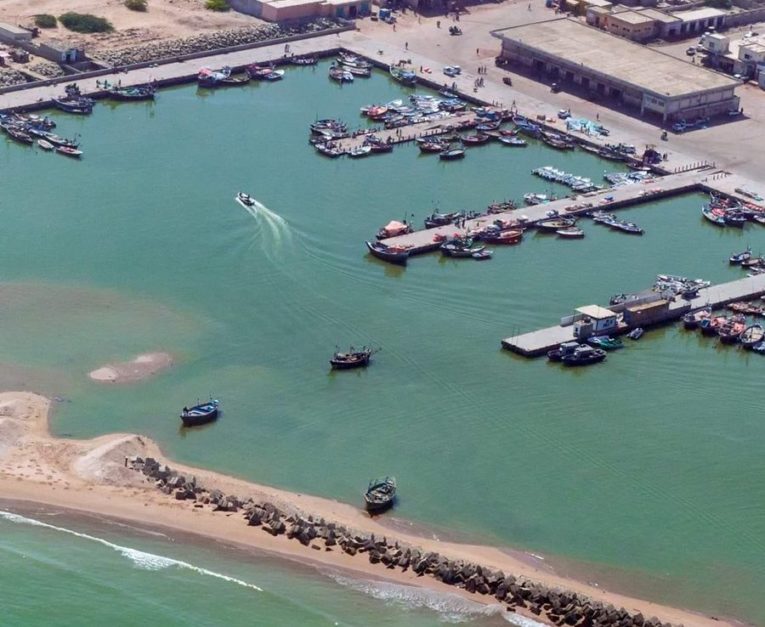 Pasni is a medium seaport, fishing harbour, and naval facility on the Makran Coast in Balochistan. Fishing is the principal source of income in the adjacent hinterlands.

As the area is unsuitable for agriculture, the port also receives shipments from other Pakistani ports to replenish food and other products for people. The fishing port is sophisticated, with cutting-edge equipment for processing and packaging goods for export. The catch is normally processed on the port premises, packed for export, and sent to one of Karachi Port’s numerous fishing harbours. The facilities meet EU export criteria, and the produce is wrapped for international sale.

A sizable chunk of Pasni’s export cargoes are bound for Turbat (Kech District, Balochistan Province) and Karachi. The Government of Balochistan Port Authority (BPA) operates the port, and the harbour is owned by Pakistan’s Maritime Affairs Secretary.

The port is well connected by road and air to Pakistan’s major cities. The Pasni Naval Base is a hub of activity, resulting in the construction of the surrounding Pasni Airport and national highways. 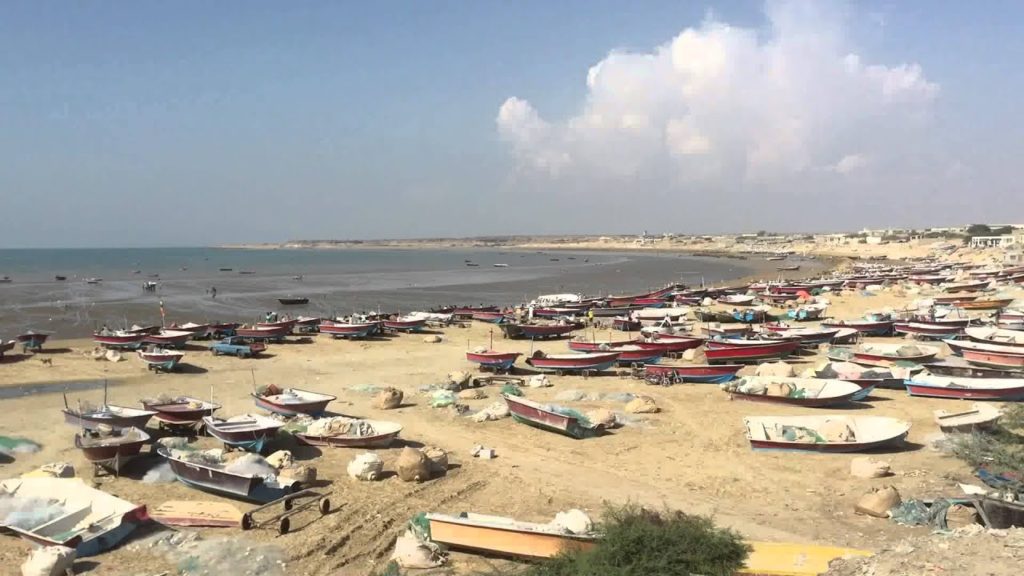 The Port of Jiwani, located on Pakistan’s western border, is a naval and commercial port along the Gulf of Oman. It is located near the ports of Gwadar, Pakistan (60 kilometres east) and Chabahar, Iran (110 kilometres west).

Jiwani and the neighbouring hinterlands have grown as a result of their closeness to these shipping ports. It is well connected to major cities by the Makran Highway (to Karachi) and the Jiwani Military Airport, which is utilised to carry fresh goods.

Port Jiwani, located in Gwadar Bay, is vital to the naval community. It is close to the Straits of Hormuz, the Persian Gulf, and the Gulf of Oman, all of which are important maritime lanes.

At the moment, China is in talks to establish a base at Jiwani to enhance their maritime presence, which is currently being supplemented by bases in other countries. Jiwani will be the second Chinese Naval Base in Pakistan (Gwadar being the other). During World War II, Jiwani was a key allied facility for both the Allied Navy and Air Force.

In an effort to attract foreign investment, plans are in the works to establish offshore drilling units and expand fishing facilities in the harbour. Fish freezing plants at the port harbour are among the existing facilities. The residents rely mostly on the selling of fish products to larger cities for export abroad.