ISLAMABAD: After completing the first phase of cadastral mapping, Prime Minister Imran Khan revealed that state land worth around Rs5.59 trillion is encroached in a series of tweets.

In addition, the authorities have been directed to take strict action against the land mafia and all those involved. 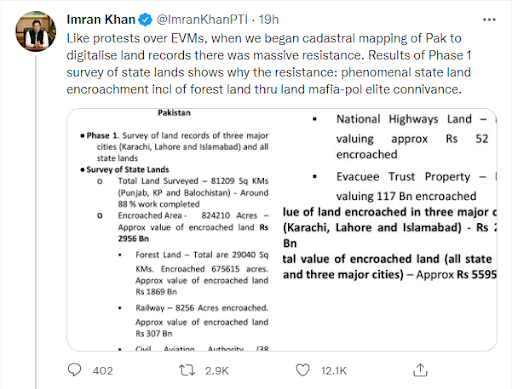 The data was released after a survey was conducted by the lands of the forest department, Railways, Civil Aviation Authority, National Highways and Evacuee Trust Property.

The survey disclosed that a total of state land worth Rs2.63 trillion is encroached in three major cities – Islamabad, Karachi and Lahore. 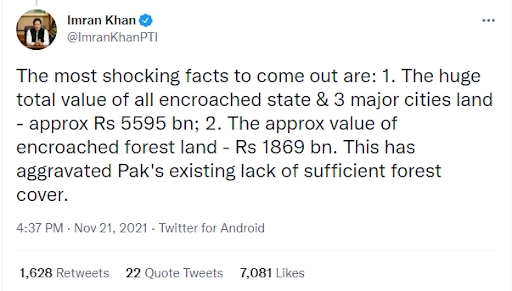 In addition, out of a total of 30,000 square kilometres of forest land, 700,000 acres of land worth Rs1.86 trillion has been encroached by the land mafia, it was added.

Prior to this, Special Assistant to Prime Minister (SAPM) on Climate Change Malik Amin Aslam informed that state land worth Rs500 billion has encroached in Khyber-Pakhtunkhwa and Punjab.