Plans to build a new sustainable metropolis city – Telosa, worth $400 billion on a proposed 150,000-acre land in the middle of a US desert have recently been revealed by a renowned American billionaire and ex-Walmart president Mark Lore.

“The project aims “to create a new city in America that sets a global standard for urban living, expands human potential, and becomes a blueprint for future generations,” read the official website of the announced project. 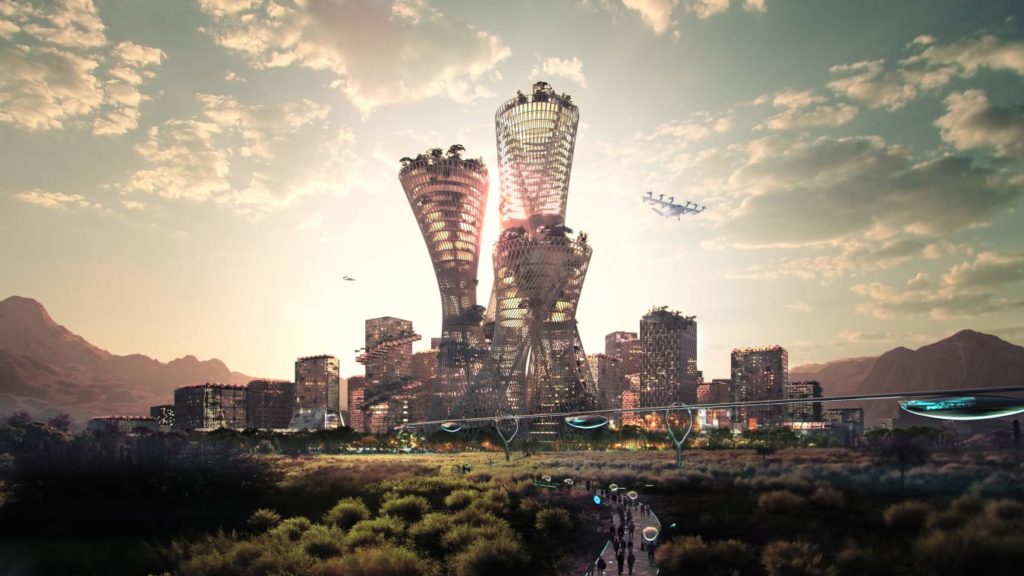 The Danish architecture firm – Bjarke Ingels Group (BIG) was chosen by American entrepreneur Marc Lore to turn the utopian project into reality. The high-tech yet eco-friendly city planned promises to home at least 5 million residents within the next 40 years.

The digital renders released by the collaborators features a central viewing tower, surrounded by smaller residential towers, along with various commercial, cultural, and healthcare facilities – all connected with lush landscapes and rail systems. 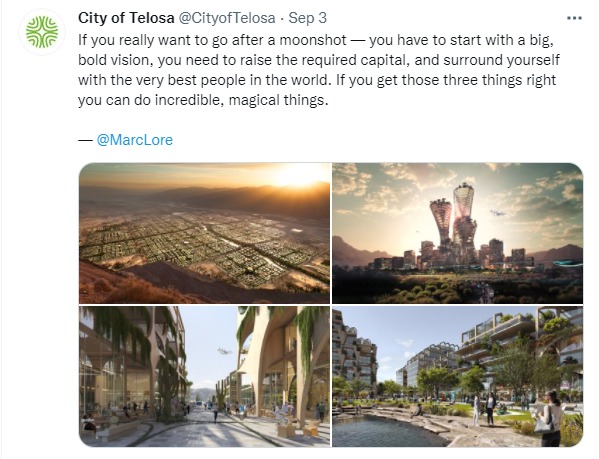 Although plans to finalise a suitable location are underway, the planners have identified Nevada, Utah, Idaho, Arizona, Texas and the Appalachian region as the possibilities, according to Telosa’s official website.