All you need to know about Mazar e Quaid Karachi

The final resting place of Quaid-e-Azam Muhammad Ali Jinnah – Mazar e Quaid is one of Karachi’s most prominent sites. The Tomb was built to commemorate the nation’s founder and his strenuous contributions. Today, the site serves as a significant tourist attraction in the heart of Karachi.

In this blog, Graana.com features everything you need to know about Mazar e Quaid Karachi. 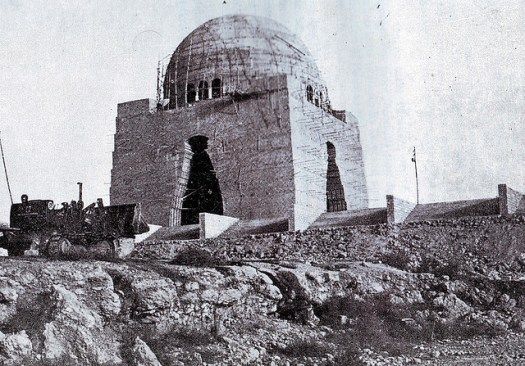 The proposal and construction of Mazar e Quaid was a perilous journey, spanning over quite a few decades. After Jinnah’s death, his resting place was simply marked by a marble slab on a plinth. To make a proper memorial site, the Quaid-e-Azam Memorial Fund (QMF) was set up in 1949. The QMF was responsible for designing a befitting memorial site for Jinnah.

After rejecting several proposals over the years, the QMF held an international competition, inviting architects from all over the world to submit their designs. A British architect was declared the winner of the competition by a European jury. However, Fatima Jinnah, the Quaid’s sister, remained unsatisfied with the winning design, vetoing the competition completely.

Fatima Jinnah took control of the QMF and commissioned an Indian architect, Yahya Merchant, to design her brother’s mausoleum. Construction of the monument began in 1960, with President Ayub Khan laying the foundation stone. After a decade of construction, Mazar e Quaid was inaugurated by Yahya Khan in 1971. 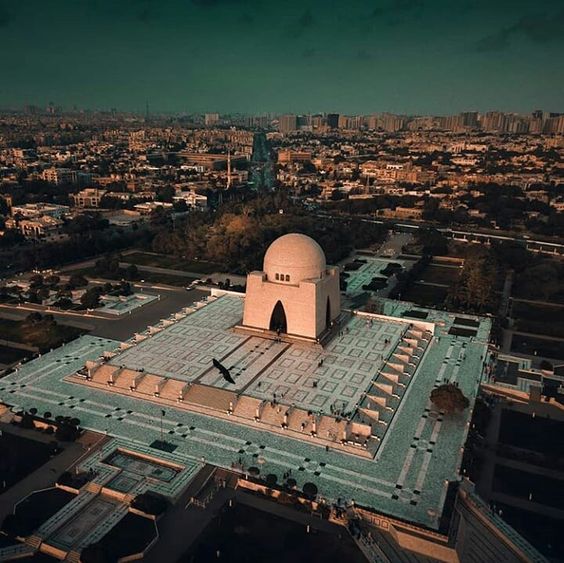 The monument is situated in the upscale locality of Jamshed Quarters within Jamshed Town. This location is precisely in the centre of Karachi, a befitting location for the founder of the nation. The mausoleum sits in a 53-acre park, dotted with fountains portraying a neo-Mughal style. 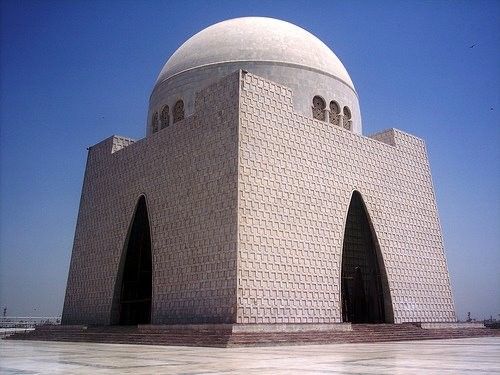 The monument’s design has been accredited to the popular modernist style of the 1960s. At a glance, the monument may appear quite simple, but an up-close view reveals the detailed and elaborate design of the tomb. These attributes of the tomb are said to represent Jinnah’s personality.

Clad in white marble, the tomb is set on an elevated 54 square-meter platform. The tomb boasts an immaculate dome on top, while the interior is set with a four-tiered chandelier – a gift from the People’s Republic of China.

The monument’s iconic design has been deemed a traditional monument of the modernist period. The overall design is said to symbolise Jinnah and his life. The white marble represents his purity and goodwill, while the arched dome and geometric forms portray him as a larger-than-life figure. 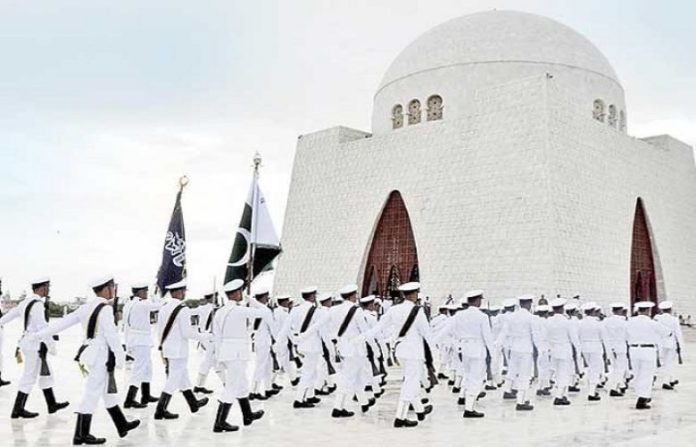 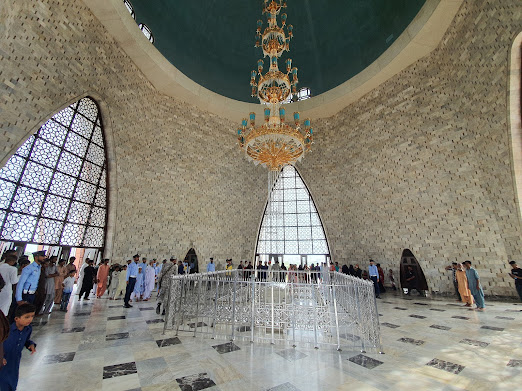 The mausoleum itself gains immense traction from tourists and visitors throughout the year. However, several areas around it offer entertainment and recreation, a perfect addition to a trip to this monumental site.

Right next to the monument is Karachi’s famous Jinnah Park, boasting a lush green space, perfect for any picnic. A few kilometres away from the mausoleum is the food street in the Sindhi Muslim Society, offering several eateries and restaurants with local and exotic cuisines. Some of Karachi’s famous eateries nearby are: 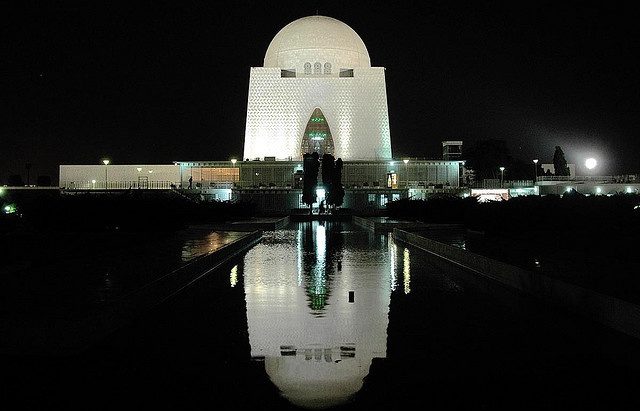 If you’re planning to visit the mausoleum, knowing the opening and closing timings is essential to avoid any hassle. For Friday to Tuesday, the timings are from 10:00 am to 5:30 am, while the timings for Wednesday and Thursday are shorter – 2:00 pm to 5:30 pm.

How to get to Mazar e Quaid? 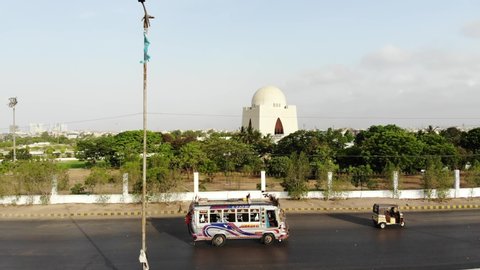 Being in the centre of Karachi, Mazar e Quaid is easily accessible from all parts of the city. As the surrounding area is relatively developed, bus stops for public transport are dotted throughout the major highways that lead directly to the tomb.

Moreover, ride-hailing apps such as Uber, Careem, and InDriver are quite popular among tourists visiting the tomb.

Mazar e Quaid is one of Pakistan’s most revered monuments, serving not just as the Quaid’s final resting place but also as a symbol of the people’s resilience and sacrifice that led to the formation of this country. The tomb is one of Karachi’s most iconic sites and a defining feature of central Karachi’s skyline. Considering the site’s prominence, it is sure to retain its significance for millennia to come. For more details, visit Graana.com – Pakistan’s first online real estate market.

The post All you need to know about Mazar e Quaid Karachi appeared first on Graana.com Blog.